Singapore, 31 July 2017 – Singtel has today launched an integrated multimedia campaign to rally Singaporeans to keep up the Majulah spirit to propel the nation towards bigger and better.

The month-long campaign pays tribute to Singaporeans from all walks of life, who have, in their own ways, contributed to the making of the nation. It features Singaporeans from different backgrounds coming together as one nation to seize opportunities, overcome challenges and keep on striving.

“National Day is a celebration of our progress as one people every 9 August when Singaporeans fill up with national pride and patriotism,” says Ms Lian Pek, Vice President of Group Strategic Communications and Brand. “But often times, the spirit of National Day tends to fizzle out shortly after. We hope our campaign will serve as an awareness ribbon of sorts to gently remind ourselves to keep flying the Singapore flag even after the birthday party.”

Jointly developed with BBH, the Singtel campaign will roll out 12 print ads in the run up to 9 August, featuring portraits of Singaporeans and their aspirations on banners and posters at bus stops across the island and on social media. Well-known photographer and instagrammer Chia Aik Beng was enlisted to capture a representative spectrum of society and their different hopes for the country. A customized National Day frame (https://www.facebook.com/profilepicframes) will be made available on Facebook for users to download and partake in the celebratory greetings. Singtel will also release a video, dedicated to Singaporeans’ go-getting spirit.

The second part of this month-long campaign will feature Singapore’s athletes heading to the SEA Games in Kuala Lumpur from August 19 to 30 in their quest for sporting glory for the nation.

“There’s nothing like having our athletes represent Singapore at regional or international sporting meets to bring Singaporeans together,” says Ms Pek. “We see the Games as a natural extension of our National Day campaign as ultimately, it’s a very tangible reminder that we all have to raise our game to keep Singapore ahead of the pack.”

Supporting Team Singapore at the upcoming SEA Games is part of Singtel’s ongoing partnership with the Singapore National Olympic Council to develop the local sporting scene. Under this recently renewed partnership that started as far back as 2012, Singtel will help fund the training of the nation’s athletes to promote and develop sports in Singapore. 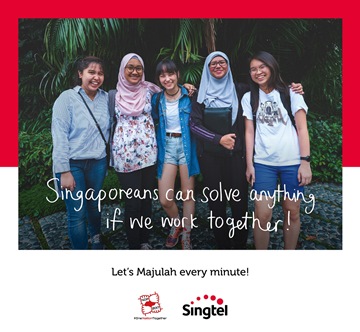 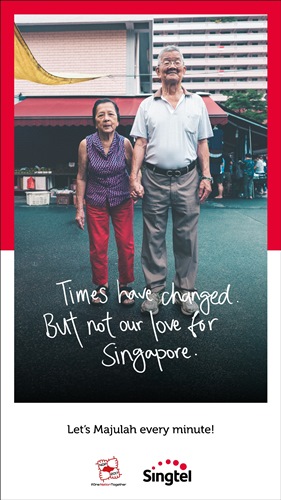 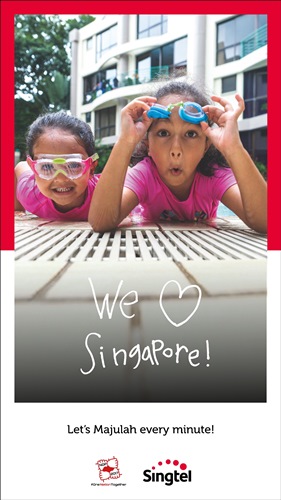 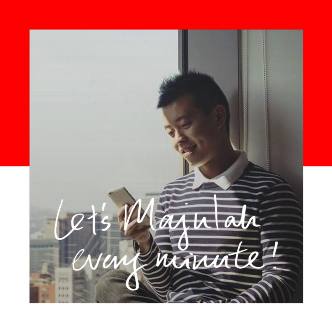